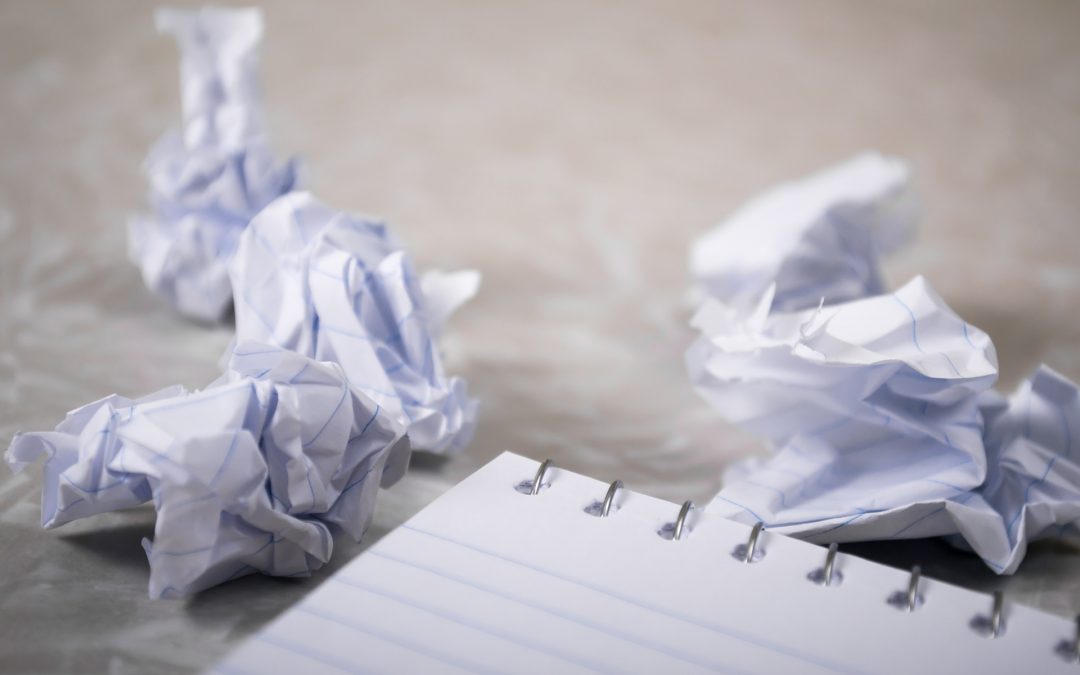 You’re suffering from writer’s block, but you don’t want to resort to expensive medications. I get it.

The more you write, the easier it becomes.  If you haven’t done so yet, begin by removing all distractions. Put your phone in a drawer, shut off your Wifi if you have to. It’s just you and the blank page, face-to-face.

The three exercises I’ve provided work great if you’re stuck in the middle of a project, bogged down mid-idea. You know where your character is and what should happen next, but you just sit down and…nothing comes out.

However, if you’re not yet stuck in the middle of something and the problem is you have no ideas, that’s OK. These exercises still work. Simply stick yourself in the middle of something. Create a character out of thin air, just make someone up, and begin to imagine them in a random location—anywhere—an apartment in Chicago, a cave in Afghanistan, your mom’s basement, a spaceship, a forest on a moon in a galaxy far, far away. Wherever. If creating a character is too hard, stick someone you know there. If that’s still too hard, stick yourself there.

If you have a work in progress, but you don’t know where the character needs to be next and you just can’t get into the next scene, do the same thing. Take your established character, and stick them in a location that’s tangential to their life. It could be a familiar location to the story, or somewhere new—the marketplace or shopping mall, a new café or bar, wherever. Just pick, the first thing that comes to mind, and stick with it for the exercise.

We may not get any usable content from these exercises. But writing begets writing. You’ll likely be surprised at what comes out, and may use lots of it, but even if you throw it all away, we’re still going to move past “stuck,” and get the verbiage flowing again.

Exercise 1: Describe the room – You have a character in a location, tell me about it. The character doesn’t have to do anything at all. Just tell me about the room or space they’re in. Describe small things. It doesn’t matter if it all makes sense, this is probably trash, so no pressure. Just describe.

Little things–the bookshelf, what’s on it? What does the coffee mug look like? How does the sofa cushion feel? What does it smell like? What can you hear?

If a whole setting is still too hard, start by describing what your character is immediately touching. What kind of floor are they standing on, tell me about the chair, is there anything on the table, things like that.

Not there yet? Quickly find a picture of a similar setting on the internet. It doesn’t have to be perfect, just google and grab the first thing that’s even close. Describe that.

Still too hard? First of all, you’re killing me, but then simply describe the space you’re in right now, in real life. In meticulous detail, down to the dead ladybug in the light fixture and the color of pens in the drawer.

As you go, it may occur to you for your character to do something. Or maybe there’s someone else in the room. Go with it.  See where it leads.

Exercise 2: Make Bullet Points – Sometimes we have writer’s block because we’re just tired. So stop worrying about all of the fanciful descriptions, perfect action sequencing, and amazing dialog. That’s too much pressure when you’re just trying to make use of an hour before you crash. Just start making bullet points of the major actions, statements (even bare sentiments) that need made, things that need described.

Make sub-points as you go.

When you get through a scene or an incident, go back and add some more details. Turn those bullet points into full sentences. You don’t even have to go in order. If you get carried away with a bullet point, roll with it. You can come back and fill in the other points at any time.

Before you know it, prose will be pouring onto the page.

Exercise 3: Give the Character Instructions – Tell the character how to do something relevant to the setting you’ve imagined him or her in.

If they’re in a coffee shop, tell them how to go inside, step by step, place an order, dress a coffee, and find a seat.

If they’re in the woods, tell them how to gather firewood, arrange it, and light it with a match.

Include every meticulous step. Address your character by name if you have to. Give them something mundane and unrelated to do. It doesn’t matter—do a load of laundry, wash the car, get a drink of water.

“Steve, stand up on your feet. Walk seven steps across the living room carpet, and turn right through the doorway to the kitchen. Walk six steps around the center island to the cupboard. Raise your right hand above your head and select a drinking glass. Choose one from the back, and then wipe your hand over the mouth of it. Pivot to your right…”

Even as I go, details about how Steve would do this, and thereby who he is, emerge. For example, he takes a glass from the back and wipes it off (maybe he’s got a little bit of a germ or OCD thing).

As you go, let it take off. Have another character enter the space, have something bad happen while your character performs this mundane task (slippery water glass!). You’ll be writing real prose in no time.

Writing begets writing. Our goal isn’t to use every word that hits the page. Our goal is to get some words on the page, so that we can click into those mental pathways and get to the stuff that really works. Sometimes this creative process will open up some new ideas and achieve results within the exercise itself, but that’s a bonus.

A few “Don’t”s: These will make the block worse!

Don’t work on other styles of writing for a few minutes (for instance, a blog post or book review) – stay in the mental space you want to be productive in for that session.

Don’t decide that the whole project was stupid and jump to something else. While it’s sometimes appropriate to scrap a project, that’s a great way to end up with the first four chapters of sixteen different novel ideas and no finished work.

Don’t start another project “until the muse returns.” If you at one time decided your work in progress was worthwhile, stick with it. Commit to the process and don’t stop until it’s done.

Don’t “just research a little to get things rolling.” You know that leads to the black hole of the internet.

Bonus: Read and Pray! When we fill our heads with trash all day, we shouldn’t be surprised that nothing comes back out when we turn on the spigot.

Watching movies is not the same as reading. I know they’re both stories. But movies turn off your brain, but reading engages your imaginative process.  “Priming” is the practice of reading materials that you wish your writing to resemble, I recommend it.

Prayer connects us with the original and final source of creativity in the universe. That’s probably a good thing. But even silent contemplation gives our brains time to clear away clutter and make new connections (which is essentially the creative process). Close your eyes. Tell God about your distractions, and ask for His help.

These exercises work, virtually every time.  Give them a try, and I’d love to hear about your results. Drop them in a comment below, or send me an email via my contact form.

Until then, you have the information, which means this blog is now just a distraction. Turn it off and get back to work!

I help writers make the most of their work. Sign up for my free newsletter for tips and encouragement: