In Defense of Romans 13

This past week, Attorney General Jeff Sessions cited Romans 13 as a defense for the government’s policy of separating parents from children in some circumstances when they’re caught crossing the border illegally. If we’re going to be a nation of laws, I see value in enforcing those laws. I want to change our immigration laws, but if enforcing our laws causes hardship for lawbreakers, that may be an unfortunate but necessary reality. I do have a big problem with Jeff Sessions citing the Bible to justify his policy however.

If the best defense of a policy is to weaponize a passage of the Bible, intentionally taking it out of context for your advantage, then what you’re defending is a bad policy.

Romans 13 was written by an oppressed racial and religious minority, to a group of oppressed minorities. It was not written to a group of people in authority so that they could lord it over those under their power. It was written to provide counsel and comfort to a group of subjugated people who were dealing with a government which enforced unjust policies designed to hurt them and their families.

Romans 13 was written for hurting people dealing with an authoritarian government.

The portion Jeff Sessions is likely cherry-picking reads: Everyone must submit himself to the governing authorities, for there is no authority except that which God has established.

The “Book of Romans,” as we know it, was written as a letter in 57 AD, by Paul to a group of new Christians in Rome. Paul didn’t sit down to write a book of the Bible, he wrote a letter to his friends. A few hundred years later, in 367 AD, this letter would be compiled with other books and letters to become the Bible.

Paul’s friends in Rome were new believers in Jesus. As such, they were subject to persecution by the Roman Empire. Paul wrote to them to advise them on how to deal with suddenly being treated like the scum of the earth.

Before Paul had an encounter with Jesus, however, he was a leader among Jews, and a Roman citizen despite his Jewish heritage. He was well-respected and exercised authority within the Jewish religious system. But when he encountered Jesus his life changed radically, he gave up his position of authority and became an outcast, under constant threat of mob justice and government authorities.  For the rest of his life, he not only suffered as a Jew in the Roman Empire, but also suffered at the hands of his Jewish brothers who rejected him for his faith in Jesus. He spent the remainder of his life beaten, tortured, imprisoned and was eventually beheaded by the Roman Empire.

This is the Paul who writes this letter.  These people in Rome had voluntarily chosen to become outcasts to follow Jesus, to become subject to persecution—such is the value of their faith.

The new “Christians” in Rome have a lot of questions. Should they continue to pay taxes to a government which treats them, and others, with such injustice? If Jesus is their King and supreme authority, should they rebel against the government?

And Romans 13 doesn’t stand alone. Paul didn’t put those numbers in Romans, those chapter numbers were helpful tools added around 1551 AD. They’re helpful, but they’re not starting and stopping points.

The larger section of Romans around chapter 13 is instructions on when and how to fight with others. And the answer, according to Paul who would later die for his faith, is never. Jesus is never an excuse to hurt anyone, to treat anyone poorly, or to break the law, whether in authority or oppressed.

Paul is exhorting the recipients of his letter, an oppressed minority population, to have faith—specifically to have faith in God to fight the big battles. He’s telling them that it’s OK to follow the law, that God will be in charge of the authorities set up on the Earth. And in fact, Paul was right. God wins that battle, the Roman empire did convert miraculously to Christianity.

Jeff Sessions is not an oppressed person, he is a person in authority. He has weaponized a verse of the Bible, just as many slave owners did, that does not apply to him.

I cannot imagine how any person with a relationship with Jesus could possibly think to stand in authority and use Romans 13 as a “sit down and shut up” excuse for their authority.

On the contrary, Paul had different advice for men in authority. When he wrote a letter to his friends in Ephesus (aka The Book of Ephesians), he told them “Treat your slaves in the same way [with respect and fear, sincerity of heart, just as you would treat Christ, doing the will of God from your heart]. Do not threaten them, since you know that he who is both their Master and yours is in heaven, and there is no favoritism with him.” (Ephesians 6:5-9)

I wish Paul had said “Masters, free your slaves.” But instead his message is, you live in a world of masters and slaves, but you should personally behave as if all are equal.

It is OK for our nation to have laws. If we have laws, I believe we should enforce them.  While we should make every effort to limit the fallout of the consequences of those laws on children, it is an unfortunate reality that lawbreakers, in any context, victimize their families.

But using the Bible as a weapon to justify power is wrong. We have many bad laws which do not reflect the total message of Jesus. I don’t expect my government to conform to the Bible, but as a Christian I will advocate for a government that treats people as Jesus would, a government that looks more like the Kingdom of God.

As a citizen of this republic, I will heed Paul’s advice to exercise my authority to find a better way to treat these oppressed people. While I hope the oppressed find comfort and good counsel in Romans, I will not use the Bible to justify my position of authority, nor will I stand behind anyone who does.

When we read this section of Romans (chapters 12 and 13) from the perspective of a group of oppressed people who are hurting, who want justice, who want to take action against an authoritarian government, it’s completely different (my paraphrasing from the NIV):

“I urge you brothers to offer your bodies as living sacrifices…this is a spiritual act of worship. Do not conform any longer to the pattern of this world, but be transformed by the renewing of your mind….

“Love must be sincere. Hate what is evil, cling to what is good. Be devoted to one another in brotherly love. Honor one another above yourselves…Be joyful in hope, patient in affliction, faithful in prayer. Share with God’s people in need. Practice hospitality.

“Bless those who persecute you; bless and do not curse. Rejoice with those who rejoice; mourn with those who mourn. Live in harmony with one another…Do not repay evil for evil. Be careful to do what is right in the eyes of everybody. If it is possible, as far as it depends on you, live at peace with everyone.

“Do not take revenge, my friends, but leave room for God’s wrath. Because God said ‘It is mine to avenge; I will repay.’ Your job is different, If your enemy is hungry, feed him; if he is thirsty, give him something to drink…

“Do not be overcome by evil, but overcome evil with good. Everyone must submit himself to the governing authorities, for there is no authority except that which God has established. The authorities that exist have been established by God…It is necessary to submit to the authorities, not only because of possible punishment but also because of conscience.

“This is also why you pay taxes, for the authorities are God’s servants, who give their full time to governing. Give everyone what you owe him: if you owe taxes, pay taxes; if revenue, then revenue; if respect, then respect; if honor, then honor.

“Let no debt remain outstanding, except your continuing debt to love one another…

“The night is nearly over, the day is almost here.” 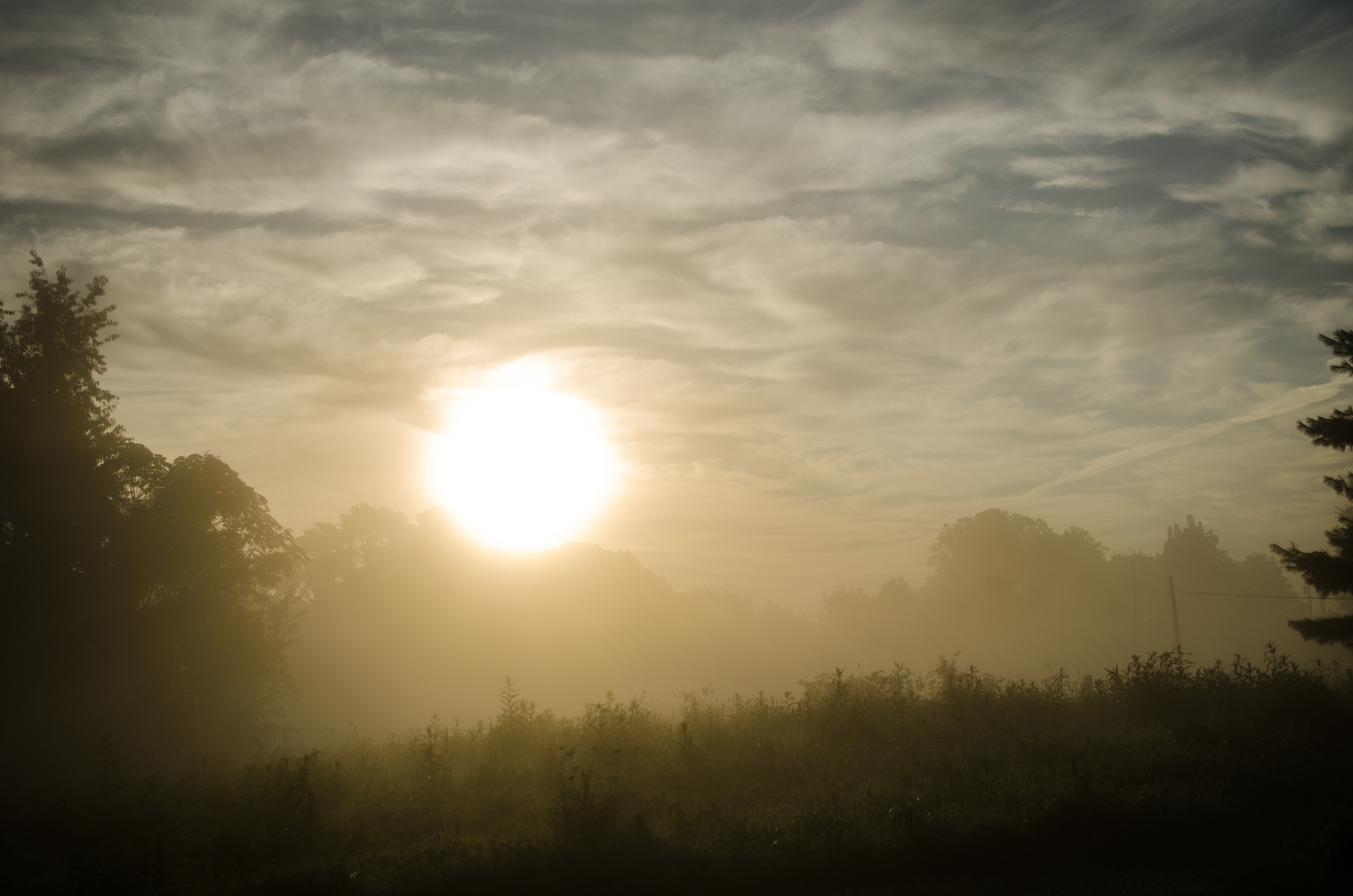