The News Media Has One Goal – Profit 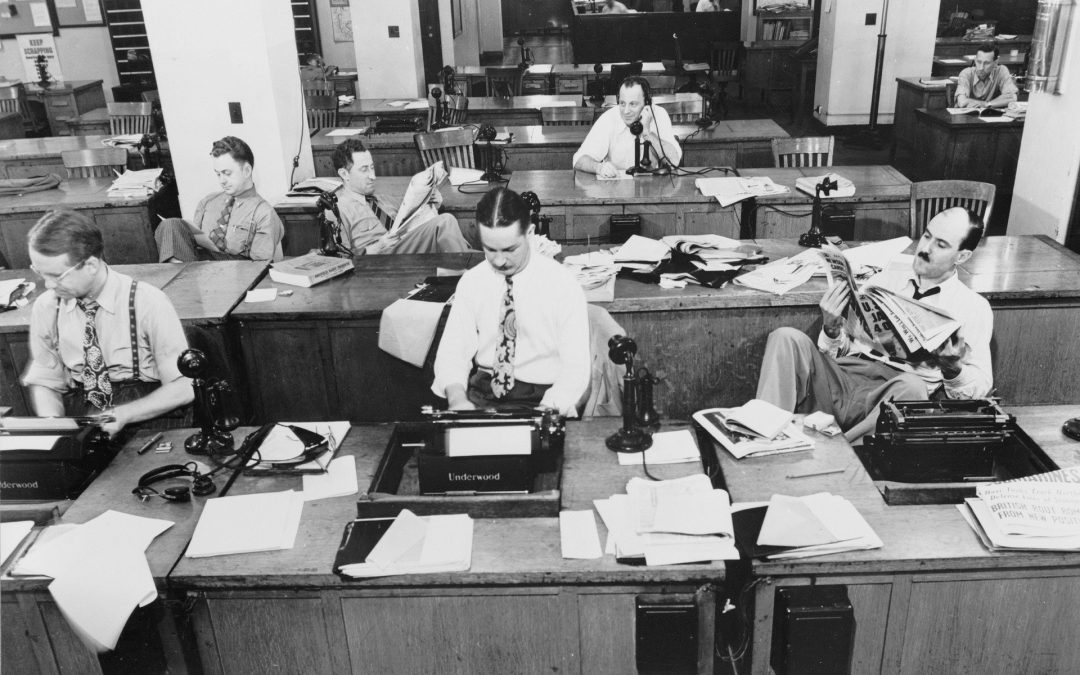 In 2007, a news station in Columbus, Ohio hired me as a web editor. It was an exciting job for a 22-year-old. The three people in my department were in the middle of an open bullpen style newsroom. The police scanner was constantly blaring, with people rushing around to meet deadlines.

My primary job was to post news stories to the website. At the time, the TV station’s website was still an afterthought. The TV show was king, and we weren’t allowed to post anything to the website until it aired on television.

News stories often weren’t finalized until minutes before the show aired. So as soon as the shows went live, our job was to rewrite those TV stories into readable English and post them to the website. You know, stuff like translating, “The story of this cat…is that he’s caught in a tree,” to “the cat was discovered stranded in a tree.”

We had to work quickly because all of the local stations would watch each other’s shows, so we had to rewrite and post our content before another station stole the story.

It was an awkward and somewhat degrading position. After I reformatted a story for the web, I was supposed to put my name as the author of the article. Some might be honored, but I never felt like I could stand behind the story. Typically not because I was worried about the messaging, but because I hadn’t done any of the research or fact-checking, it didn’t really feel like my story.

Truthfully I observed very little “bias” there in the sense of engineering the story towards a particular political or social agenda. The journalistic pace of a local TV newsroom is too fast to allow for much of that. Most stories air within a couple of hours of getting a press release, a tip, or catching something over the police scanner. The reporters are generally happy to get something coherent together with a good sound bite from someone important.

But there was still spin. Reporters and producers were far more concerned with producing an exciting story than producing a story according to an agenda. More than anything else, reporters wanted good “tape” (I’m sure they call it something different now), so that they could use it to audition for a job at a better market or for an anchor role somewhere. Columbus was the 15th largest market in the US at the time, which meant it was a really good job for a reporter, but still a stepping stone to something more.

I frequently saw news stories shifted and twisted to add a greater sense of fear, danger, or victimization.

Let me give you an example. “Home invasions” are very, very rarely random. There’s not enough incentive for bad guys to burst into a random person’s home, harass them, and take whatever’s lying around. If somebody did that to my house, they’d leave with maybe a couple thousand dollars worth of stuff. Why would a bad guy take the risk of a homeowner with a gun or a swift call to the police when there are plenty of houses with the same quality of merchandise and the owners are at work?

Not to suggest that anyone deserves violence, but victims of such attacks were usually, and obviously, involved in some sketchy business. The kind of sketchy business that either made a home invasion worthwhile monetarily (like drugs inside), or retribution warranted.

Reporters would almost always overlook any sketchiness of the victim. Why? Because it’s much scarier to believe that home invasions are randomly happening and you might be the next victim. If you believe it might happen to you, you’ll continue to tune in so you can stay informed. It makes really good tape, and really good ratings.

And it’s easy to justify. Better to leave people over-cautious than unaware, right? Besides, implying any nefariousness on the part of the victim would take a lot more work to confirm. There are no lies, after all, just omissions.

Victims make good TV. Fear keeps people tuning in. “The common household cleaner that might be killing your cats. Tune in at 5.”

As a journalistic practice, this is equally as unfair as political bias. In less convoluted examples than home invasions, hyper-focusing on victims not only misrepresented the alleged antagonist but often exploited the victims themselves.  Landlords and business owners make great bad guys, and it’s easy to find an emotional victim who is eager to run their mouth on camera. I can’t imagine how many interviewees regret their words.

At the end of the day, the job of all media is to sell advertising revenue. That is why and how the media exists. Whether a specific journalist prioritizes this or not, the fact is that the goals of producers, reporters, and executives are aligned, and these common goals always result in ad revenue. What’s good for one is good for the others. A reporter’s personal success is built on his or her ability to produce good tape, good tape means stories that keep audiences coming back, which in turn supports advertising revenue.

While I’m sure there are exceptions, the industry rewards individuals who sensationalize. Like it or not, every news agency you can name is owned by a corporation that is ultimately motivated by only one thing—profit.

And this works its way up the chain.

At a local level, a medium-sized market isn’t big enough to split viewers along ideological lines. But at national news outlets, national stories lend themselves more readily to socio-political bias and producers do have time to consider how to cast a story.

MSNBC leans liberal because it captures an audience of suitable size and income for advertisers to purchase. So MSNBC hires liberal commentators like Rachel Maddow.

Fox News leans right for the same reason and hires according to the same philosophy. If at any point those demographics change, the bias will change just as quickly.

Don’t believe me? Rupert Murdoch owns both Fox News and Fox Broadcasting Company. Fox News panders to the evangelical right while Fox TV routinely creates the most base content of all network television.  Murdoch doesn’t care and he doesn’t even bother to change the name to confuse the issue. He’s filling market gaps, plain and simple.

Murdoch also owns Zondervan books. That’s right, the largest producer of Bibles in history also brought you Whose Your Daddy? Should I mention the plethora of erotica publishing imprints he owns?

I’m not picking on Mr. Murdoch or Fox News. It’s the same story with every major network or national news organization. Yes, even NPR, whose largest funding source is “corporate sponsorship.”

That’s not cynical. It’s just how the system works.

Media bias is real, whether it’s simple sensationalism or in support of a socio-political agenda. However, it’s far more pragmatic and less conspiratorial than it seems. (Note that a “conspiracy” of bias is far more sensational, so we shouldn’t be surprised if that’s the story we’re told.)

At the local and national levels, the goal is and always will be to sell ad time. At the local level, this is likely not motivated by any particular agenda, just sensationalism for its own sake. At the top, political agendas sell ads too, so you’ll see enough of that mixed in.

That’s not to suggest that the facts you’re receiving aren’t right, or that there aren’t good journalists out there. Certainly, Coronavirus is real and we should be cautious. I support many of the actions our leaders have taken. But by omission and hyper-focus, the news media is intentionally keeping you on the hook, keeping you afraid, addicting you to the news cycle.

If you’re afraid, you’ll refresh your local news website every twenty minutes for updates. You’ll read and watch everything you can, and that’s what keeps the shareholders happy.

Not to mention, it’s good tape.

I help writers and media producers reach their goals. Subscribe to my free monthly e-newsletter: