Should I use internal dialogue in a short story or novel? 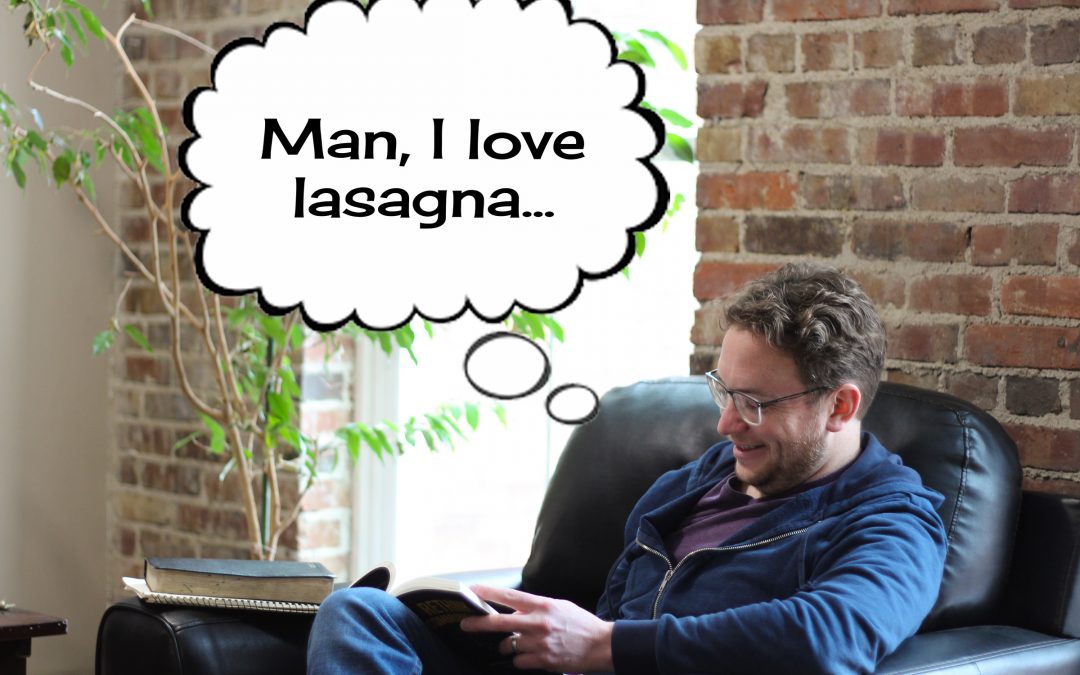 My friend and fellow author Eliza June Sapphire and I were recently having a chat about internal dialogue, or what another friend calls free and direct thoughts.

We might also call them an internal aside. In theater, an aside is when a character says something not to any other character, but for the audience’s benefit. That’s what’s happening here—the audience alone can hear the aside.

Brad sat down and looked over the barren apocalyptic landscape.

Can I live in a world without lasagna? Why, God, why?!

His eyes searched the distance for meaning…and dinner.

Whenever I look at a writing technique used in a story, as a developmental editor I always want to ask three questions.

The answer to number one is usually “sometimes.” There are a few writing techniques that we can completely throw out, like writing your book in a foreign language. Just don’t do it. Most techniques have an application somewhere, but if it’s just bad writing we can stop right there.

If we agree that the technique can be useful sometimes, then we have to ask the question “where?” Or if we’re editing a particular story, is it the right technique to use in this story?

There are plenty of techniques that have uses, but fail to achieve the author’s intent in the specific application. For instance, it could be jarring to the style of the piece, it could be inappropriate to the context of the scene, or it could be atypical for the genre of the story.

But assuming that it’s a valid technique and this is an appropriate application, did the author do a good job with it in this instance? Did they achieve the effect they were looking for?

Applying this matrix to internal dialogue

Now let’s take that paradigm and apply it to internal dialogue.

Condition 1: Is internal dialogue ever appropriate?

Sure! Lots of great authors have used internal dialogue in their work. It certainly can have a place, in fact it can be wonderful. We find it in some modern books, some classics, and even the Bible!

There are two major problems that internal dialogue presents. We need to make sure that using the technique is worth it.

Problem 1: Internal dialogue is not a normal human experience. When I wander around the world in my regular life, I don’t know what anyone else is thinking. If you were recounting a story to me around the campfire and you told me what someone else was thinking, I would rightly want to know how you know that, and you’re probably being rude.

Writing evolves from the human storytelling experience. We don’t have to stay at that elementary level, but my baseline always begins with the question: is this how humans experience the world and verbally tell stories? Any time we move away from that baseline, we’d better have a good reason.

In real life, you know your own thoughts (I assume), so maybe this technique would be useful in a first-person story (in which the narrator is using words like I and me to tell a story in which they are a character). However, we don’t need it in first-person literature, because literally just about everything is internal dialogue. The whole book is the narrator sharing their thoughts and perspective.

We really only see internal dialogue in a way that matters in third-person stories, in which the narrator is telling the reader someone else’s thoughts. In real life, that’s impossible.

Problem 2: Internal dialogue is a particularly obvious form of “telling.” When we put the character’s thoughts on the page and expose the character’s exact inner state, we deprive the reader of an opportunity to participate in the discovery process. Worse, oftentimes internal dialogue walks over really good showing. Consider this example.

Brad leaned back in the chair with a sigh, licking his lips and rolling his eyes. He stared at her, the expression on his face dead while the tension grew in the space between them.

I’m so over this.

If I’ve done my job well, you already knew Brad’s state of mind from the first paragraph. I showed you. I allowed you to participate and assemble the facts. Hopefully, you’re a smart human being and you determined that Brad is exasperated, or some nuanced form of that.

Then the internal dialogue just tells you the same thing again. That’s a waste of a line.

So those are two big problems. They’re not insurmountable, they just mean that we’d better have a really good reason to employ this technique. The benefit has to outweigh that cost.

Genre is a big consideration with this technique. We tend to see it used in various women’s fiction genres, and ironically in a lot of political thrillers.

As a side note, women seem to have a greater tolerance for this technique than men, another reason that we tend to see it more widely used in classically women’s genres. There’s more grace for the technique within these “feminine” genres.

When internal dialogue is used, it should be consistently employed as part of the narrative style. We can’t just have one internal thought in the middle of the story. If we’re going to open that box, then we have to establish in the beginning that it’s something we’re doing, and then we have a duty to maintain that style throughout the work.

So we’ve determined that the genre of the story jives with the technique, and there’s something about the story itself that justifies the problems the technique creates. At that point, how do we use internal dialogue well?

I have one key for you: internal dialogue should bring new value to the story.

The list could go on, but that’s the test. Does the internal dialogue bring new value to the scene?

It’s really the same test that we should apply to every sentence on the page. However, because of the problems that internal dialogue creates, your reader might be especially sensitive to it when it comes to internal dialogue.

Remember that we have to use internal dialogue on a consistent basis through the story. Every time it has to bring new value. You may feel that you really “need” it in one scene, but that means that you need to build in the same necessity for it in many other scenes.

Bad and inexperienced writers tend to over-employ internal dialogue. It’s an easy solution to get the feelings on the page. It can be done masterfully, and there are plenty of examples of that at the library, but oftentimes it’s used as a sloppy shortcut.

Writers who are still developing their craft would be well-advised to cut out internal dialogue and use that as an opportunity to replace it with really good “showing” prose. Can you describe the character in such a way that I can actually guess what they’re feeling, and you don’t even have to tell me? That will strengthen your writing.

Internal dialogue is an acceptable technique, but it does create problems because it’s fundamentally unnatural to the human storytelling experience. If internal dialogue is used, it must bring new value to the story that can’t be expressed any other way, and it must be used consistently throughout the work.

While you’re here, you can also sign up for my free newsletter. I help authors tell amazing stories without overwhelming you with a bunch of academic mumbo-jumbo.